Burlington Toyota | Blog | Transformative Times: Toyota Shares Its Vision For The Electrified Future Of The Automobile

Transformative Times: Toyota Shares Its Vision For The Electrified Future Of The Automobile 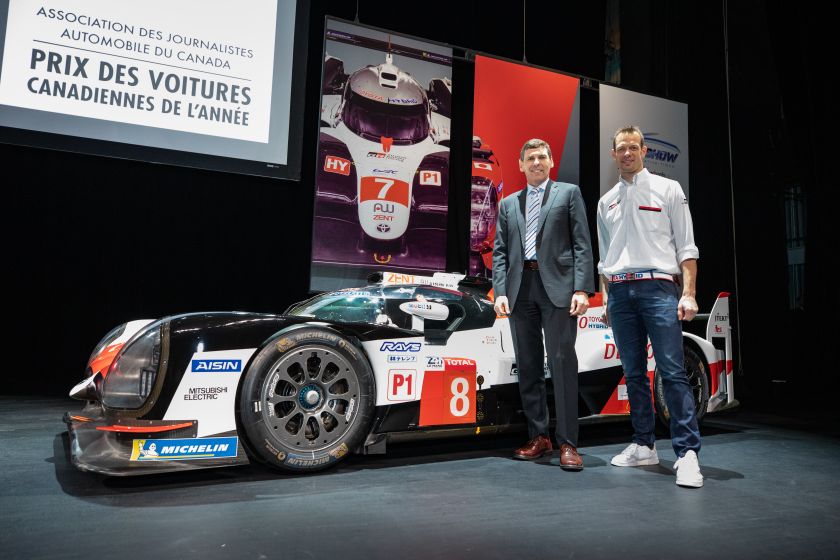 As he opened the 2020 Canadian International Auto Show in Toronto, Toyota Canada President & CEO Larry Hutchinson stressed the vital role that hybrid-powered and other electrified vehicles will continue to play in the future of the automotive industry – and praised auto shows for their important role in enabling Canadians to explore and learn about them.
“In a time when people question the value of auto shows, it’s clear that they are more beneficial than ever. They are a first-hand opportunity to see and test new technologies, to look at new products on the horizon, and to explore our electrified future,” Hutchinson said.
Hutchinson noted that Toyota is a global pioneer and leader in vehicle electrification and is bringing a broad spectrum of alternative, electrified powertrains to market – including the industry’s leading lineup ofself-charging, gasoline-electric hybrids…plug-in hybrid and battery-electric models…and those powered by hydrogen fuel cells. “At Toyota, one size does not fit all – and we believe in a range of electrified solutions – especially here in Canada,” he said. “Needsdiffer depending on where and how people live, the distances they need to travel, the terrain they need to cover, and even the weather they face from season to season.”
Hutchinson noted that even as many in the automotive industry focusing upon autonomous vehicles and environmental performance, motorsports still has a critical role to play in the future of the automobile. To demonstrate, he introduced Alexander Wurz – GAZOO Racing Advisor and two-time winner of the 24 Hours of Le Mans – and together they unveiled the Le Mans-winning Toyota TS050 Hybrid Race Car #8 in its Canadian auto show debut.
“Motorsports has, is and will always remain an invaluable proving ground for Toyota’s technology, including its hybrid electric vehicles. The hybrid technologies we develop for endurance racing – such as those found under the bodywork of the TS050 HYBRID race car #8 – contribute to delivering performance and efficiency in everyday vehicles,” Wurz explained. “Racing allows us to push vehicles to their limits and ensure that when Toyota introduces new platforms, new powertrains and new technologies, they measure up to the qualities that Toyotas are known for – including quality, reliability and durability – even as they boost driving fun and reduce emissions.”
Those advances on the track have translated into exciting new vehicles in Toyota Dealer showrooms – lead by a growing family of fuel-efficient,fun to drive hybrid models. First introduced to Canada 20 years ago withthe Prius, Toyota’s popular and provenhybrid powertrains are now available on popular models in many market segments – including the Corolla, Camry, RAV4 and Highlander.
In addition to hybrid vehicles, Toyota’s electrified line-up includes the Prius Prime plug-in hybrid and the Mirai – a zero-emissions sedan powered by a hydrogen fuel cell stack. In the 2021 model year, the Prius Prime will be joined by another plug-in hybrid, the RAV4 Prime, while the Mirai will be upgraded with a second-generation model.
“Whether you’re looking for performance or responsiveness, or amazing fuel efficiency and range, or improved torque, Toyota will have an electrified vehicle that works for you,” Hutchinson said. “We are on track to offering an electrified version of every model we sell by 2025.”
Visitors to the Canadian International Auto Show can explore the full range of Toyota vehicles – including the industry’s most popular and proven lineup of electrified models. The auto show also sees a couple of exciting feature models:
The Toyota TS050 Hybrid Race Car #8 – Canadian Auto Show Debut
Toyota’s TS050 Hybrid Race Car #8 –a two-time winner at the 24 Hours of Le Mans- features a custom-engineered Toyota hybrid system built around a twin turbo, direct injection 2.4L V6 and motor-generator units on both axles. The hybrid system generates up to 1,000 horsepower and delivers it to the pavement via a transversal seven-speed sequential shift gearbox and four-wheel-drive.
The Toyota GR Supra Track Concept – Canadian Auto Show Debut 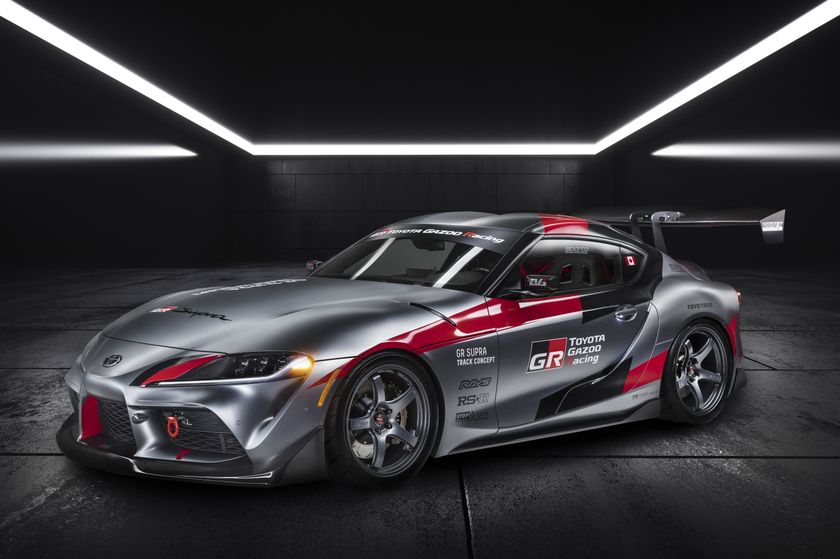 For many sports car enthusiasts, the return of the GR Supra was the most anticipated event of 2020 – and Toyota did not disappoint. This concept car takes an already great sports coupe and makes it even better. Special features and modifications include the 19” wheels, upgraded suspension, front brakes, front and rear spoilers, side mirrors, seats and racing harnesses, roll cage and exhaust system.